What's This All About?

Tom Way has been at the business of merging technology with entertainment for a very long time. The magic side of the business began in 1978, and quickly grew popular and profitable enough to fund a college education. Tom next honed his skills as a morning-drive radio personality, and then for 10 years in Hollywood where he worked his way up from production assistant to a writer, producer and director. Shifting gears, he went to graduate school, earning his Ph.D. in Computer Science while working full-time as a software engineer. These days when he is not educating young, college-aged minds in the wonders of Computer Science, he consults in the field of Entertainment Technology, exploring the astonishing boundaries between science and magical illusion.

Text-message based interactive system
﻿
We developed a text-messaging system using gamification techniques and mobile application design patterns to implement a framework for an intervention program that helps teenagers and college students reduce their alcohol and tobacco use. Results of this technology platform have been featured in conferences and research journals. 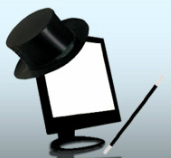 We created computer science, physics, chemistry, mathematics and other magical performance routines to educate in those area. Significant study, preparation and design to craft lessons and customize magical apparatus and techniques to fit. These "high tech fun" modules (as we call them) are used almost daily as part of computer science lectures, and have been featured in keynote addresses and conferences, at teacher training events, and in other live performances at many locations in the United States. Continual study and skills development are accomplished via frequent performances (sometimes paid), occasional attendance of national conferences, and through near-daily study of print and online materials. 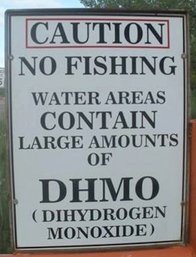 Since 1998, we have doggedly pursued science literacy education through an innovative use of satire. Drawing inspiration from "misdirection," the principle behind all of magic illusion, we created a web site (DHMO.org) that explains the very real dangers of the chemical "dihydrogen monoxide." The site has grown to the most-recognized tool used by educators, librarians and others who teach about Internet literacy, critical thinking and reading, and the truth-bending tricks used by politicians, the media and religious leaders to prove any aribtrary point to their liking. The site has been featured in local and national print, radio and television media, and has led to numerous interviews and republication requests. The site has been translated into more than 10 languages, including French, Italian and Hungarian.

Scriptwriting for science and history education

We collaborated in the writing of a one-act play, and numerous shorter presentations and performance, with the goal of making science and history more accessible to a wider audience. In the play "Cite to Be Seen," the two main characters discover that famous characters from history and literature have a lot to offer, and aren't boring at all. In other performances, science concepts from a variety of disciplines are used in creative performance as a way to break-down common barriers to learning such as fear of a subject because it is "too hard". These performances have been featured locally, including an impressive Best Script award in a community theatre's one-act play festival. 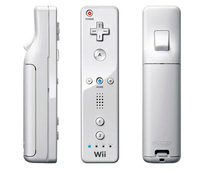 We made the unique discovery that hand tremor, whether caused by Essential Tremor, Parkinson's disease, or simply nervousness, can be ameliorated using a combination of software and a Wiimote game controller. Using custom software, an infrared LED light of our own design, and the Wiimote, presenters who have a tremor can gain confidence and ease knowing that when they "point" at a presentation screen (such as those featuring PowerPoint slides), the tremor is virtually undetectable. We are continuing to develop this technology with one exciting potential use being by physicians as a way to quantifiably measure tremor and perform comparative studies of the effect of a variety of treatments on that tremor. Read more about our research in "Initial Design of a Software-Based, Tremor-Reduction, Presentation Pointer" (Anthony Dovelle, John Truitt and Thomas Way, The 2011 International Conference on Computer Graphics and Virtual Reality (CVGR 2011), Las Vegas, Nevada, July 18-21, 2011). 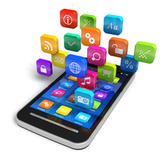 Mobile-application design for safety and assistance

We have implemented a safety application for mobile phones that is used to signal for help in the event of an attack or other unsafe situation. Another application under development for the Android-based Google Glass platform is memory assistive technology that uses machine learning and other artificial intelligence techniques to help those with memory loss due to Alzheimer's Disease, brain injury, aging or being an absent-minded professor. These technologies make use of the "fun" of gamification and incorporate the "magic" of a scientific approach into the development of solutions for real-world problems. 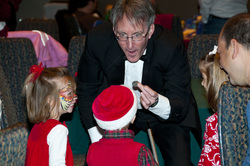 There's something about magic that reaches a very innocent and important part of each of us. In this project, we use magic as a technology of healing by designing uses of magic for education and outreach that can benefit such diverse populations as hospital patients, seniors in nursing homes, and children in daycare centers, as well as the professional who help them and the families who care for them. The flip side of this approach is to seek out awareness- and fund-raising opportunities with corporate clients who feel strongly enough about our mission of amazement to support our efforts through hiring us to perform for corporate gatherings, trade shows and employee events. While our focus is on the technology of magic, we never lose sight of the version important personal aspect of the healing that can be shared through the power of astonishment. 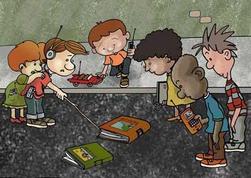 In this new project (Rephactor.com), we are producing the first, true un-textbooks that are revolutionizing the academic textbook industry. Our electronic un-textbooks contain engaging, hands-on, interactive content rather than passive, done-before, animations. Of course, there is reading involved in using our un-textbooks, but what stands out is that the reader remains actively engaged with the material. Multimedia microlesson content provides extra sizzle for this steak, with concise lecture-ish videos, brief how-to-program videos, and dynamic in-the-page exercises and activities... all at a fraction of the cost of a traditional textbook. Instructors use these books for free, and can customize the topic flow and scope to suit their needs. Official roll-out was Fall 2014, with continuous development since.
Powered by